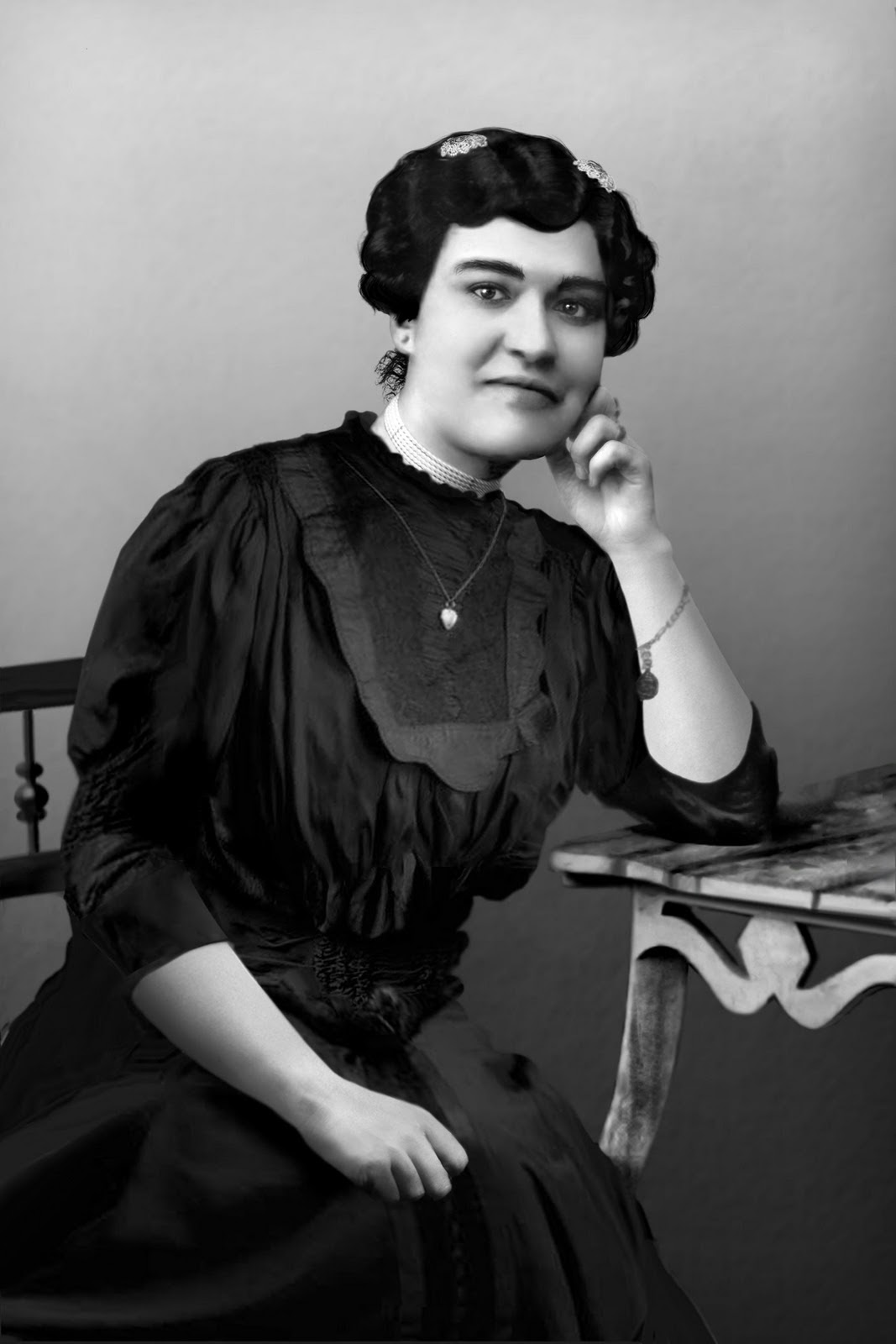 Like other Portuguese feminist women in the early twentieth century, Carolina Beatriz Ângelo participated actively and symbolically in the implementation of the Portuguese Republic. She wrote against monarchs while helping to sew and embroider the national flags that were raised in Lisbon in 1910. She formed the Portuguese Group of Feminist Studies, and the Association of Feminist Propaganda with Ana de Castro Osório, another outstanding feminist personality and founder of the first feminist association, The Portuguese Group of Feminist Studies, in 1907. Ângelo, who obtained her degree in Medicine when she was 24 years old, became a pioneer of women's suffrage in 1911 when she used the electoral law to ask for permission to register for the vote. The law offered the vote to all Portuguese citizens without mentioning gender. It required that, in order to vote, one had to be head of household and literate in Portuguese. As a widow with a child to support, Ângelo fit in all the requirements, and she succeeded in becoming voter no. 2513, as head of her family. Two years later, however, the Republican party decided to change the electoral law by stating clearly that the vote was available to male heads of household only. Portuguese women were thus denied a place and a say in the public sphere by their male Republican partners, on the basis of the supposed 'religious fanaticism of the women, which would constitute a hindrance to Republican values' (Esteves 1998: 74 in Pereira 2006: 190).

Nevertheless, the international impact of Ângelo's vote was very strong. Because of her achievement, Portugal was seen as a pioneer country in what regarded women's suffrage. The news was welcomed by feminists all over Europe, who sent telegrams and letters to the Association of Feminist Propaganda congratulating Ângelo.ii Portugal was seen as a symbol of hope for the women's first-wave community, and a country of feminist possibility. Graça Abranches (1998) has suggested that, although it would be tempting to draw a parallel between the organized and vocal feminist movement of the First Republic and the notoriety achieved by the case of New Portuguese Letters in 1972, the parallel cannot be drawn “because of the nature of the regime” (Abranches 1998: 6). While I agree that the political differences need to be taken into consideration, since Portugal's fascist dictatorship prevented women in the early 1970s from organizing a women's movement as had been done at the turn of the century, an important parallel remains to be drawn here, I believe, in terms of the consequences of the international impact of Portuguese feminist actions for the self-fashioning of Portuguese women as feminists.

What is interesting about this episode, which signals a Portuguese relationship with the international world of feminist solidarity politics – a version of which would be re-enacted in the 1970s, with the publication of New Portuguese Letters – is that it was largely at odds with the kind of feminist thought that was actually being produced in this country. Portugal was (momentarily) transformed into an international political symbol of feminist unity, despite the fact that, as described by Margarida Pereira (2006), the writings of Portuguese early feminists transpired a strong sense of morality “denoting a conservatism that is very far removed, for example, from the political commitment of English suffragettes” (Pereira 2006: 187). Pereira posits, correctly, that Portugal's rigid Catholic morality hindered women's access to education, so that when feminism reached Portugal at the turn of the twentieth-century only a handful of women, mainly from the privileged classes, got involved in claiming the feminist label.iii Pereira goes on to argue that, while this may explain why early Portuguese feminists were particularly vocal about the right for women's education, it does not entirely account for the fact that the early Portuguese feminist fight was one for social, rather than political rights. To her mind, the fact that Portuguese feminism involved a celebration of women as mothers, wives and educators stands as an “ideological contradiction” (Pereira 2006: 187). However, this assessment reveals, in part, a perception of the Portuguese feminist movement as a mere version of someone else's (in this case, a version of English suffragettes') feminism. I suggest, instead, that the early Portuguese feminist emphasis on the link between female autonomy and the social role of women as nurturers and supporters of their families and communities may be read as an early articulation of the distinctive character of the Portuguese feminist experience, which involved an early refusal to choose between identity politics (being a Portuguese woman) and political praxis (being a feminist).

When Portuguese feminist Virgínia de Castro e Almeida writes in 1913 that “the noblest missions of a woman are, undoubtedly, love, motherhood, and education” (in Pereira 2006: 187), she is articulating a perspective that takes into account the specificities of the Portuguese female experiences along economic, cultural, political and social lines. The feminist movement of the First Republic, with the story of Ângelo's vote at its core, inaugurates – despite the context of strong international pressure to transform Portugal into a symbol of international feminism – a Portuguese female tradition of reclaiming a specific historical position that differs from the notion of a universal feminist sisterhood. This situation may have contributed to shaping a Portuguese feminist consciousness whose contours can be observed in the decades following the Three Marias' notorious case.

More research is needed on this front! How did Portuguese women (re)create themselves as feminists throughout the twentieth century and especially in the 1970s? How did they relate to pre-existing social groups, and to the feminist international community in particular? What kind of alliances with other feminists beyond the national borders did they forge, and what were the consequences of those alliances for their self-perception as feminists?

Notes
iAna de Castro Osório published As Mulheres Portuguesas in 1905, the first Portuguese feminist manifesto where she emphasises the need to educate women. She also defends that women should work outside the home and be independent. Osório also became involved in the National Council of Portuguese Women, an umbrella organization for women's groups, later closed down by the Salazar regime in 1947. See Wayne 2011: 371.


iiiIlliteracy rates were high, and most Portuguese women were unskilled workers throughout the first half of the twentieth-century. In 1940, 56,1% Portuguese women and 41.2% Portuguese men were illiterate. In Maria Cândida Proença. História. O Estado Novo. Materiais para Professores. Lisboa: Instituto de Inovação Educacional, Ministério da Educação. 1997: 64, in Ferreira 2002: 26.
Posted by Ana at Friday, September 13, 2013