Notes on the French Letter 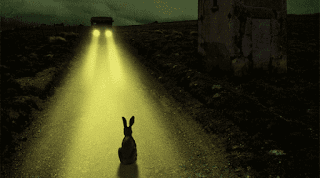 By now you know me well enough to understand that I could not resist the temptation to write about the appearance of an all-female authored French Letter.

Instead, here I am, looking at the French Letter like a rabbit caught in the headlights. I feel guilty that I’m engaging in the wrong kind of writing but I'm trying not to care (much). That’s my motto for 2018.

Maybe it’s because I’ve been watching too many French series on Netflix. Or maybe my high-school French teachers actually did a fine job. The truth is I was able to find my way through “Les Femmes libèrent une autre parole” and understand most of it.

The whole text is premised on one assumption: the #metoo movement coerces women to speak out in the name of puritanism, as the eternal victims, “pauvres petites choses sous l’emprise de phallocrates demons, comme aux bon vieux temps de la sorcellerie”. According to the authors, the freedom to speak out has become its opposite. In other words, #metoo has gone too far: “La vague purificatoire ne semble connaître aucune limite.” It has crossed to the other side, and now the victims become those men who have been constrained to quit their jobs without being able to defend themselves:

This situation, it is argued, has led to the entrenchment of a symbolic struggle that opposes women to men, a struggle that educated French women, in their sensuous, luscious and stylish way, have learned to overcome. As a French journalist speaking on the BBC radio 4 this morning (10 January 2018) explained to a gobsmacked British counterpart, and I paraphrase, she signed the letter because women in France are not monolithic like women in the UK and in America. Women in these other countries are black and white, which makes them very good at building computers, while women in France are more colourful and complex. They are not afraid of men and are able to stand up for themselves if they are the victims of an attack, without the need to rely on pre-established laws.

Never mind the clear white female upper-middle class viewpoint that is being expressed above. What really struck a chord was the manner in which the French Letter attempted to fit the whole #metoo movement in a “both sides of the Atlantic” argument (Miguel Vale de Almeida also finds it difficult to escape the expression in his blog post, although he prefers to write "both sides of the puddle"), as if the women who have been getting involved were simply British/American and French. While this is mostly true, it is not entirely true, as women in Russia, Egypt and China, to mention but a few other countries, have joined their voices to the outcry. The use of the word “puritanisme”, which appears in the second paragraph of the letter, and then again in the third paragraph (“purificatoire”), re-centres the #metoo movement on old Anglo-French disputes, and in doing so, reinstates feminist international hierarchies as it discusses the legitimacy of who can speak in the name of (which) women.

Allow me to unpack just a little. Women’s sexual empowerment has always depended on the circulation of ideas, and this is one good reason why national boundaries should never be discarded when discussing feminisms. Whoever has done research on this subject knows well that there are centres within centres, and margins within margins. In the case of the French Letter, this knowledge is literally swept under the carpet. Here, the stories that make up the #metoo movement are used – they are discarded, or meshed into a simplified group – in order to confirm, once more, the boundaries of the white French and Anglo-American viewpoints. In that sense, this French Letter is useful insofar as it allows a reflection to occur about important questions relating to femininity and feminism that have been hanging around since at least the early years of the Women’s Movement in the late 1960s and early 1970s. How can we subvert relations of domination in the world through the use of words? Who can legitimately speak up in the name of women?

What I think the #metoo movement has achieved is this: a greater understanding of the importance of being taken seriously as a public speaker. However, this is unfortunately read as going too far by the authors of the French Letter. According to them, one way in which #metoo has gone too far is that it has allowed for the work of men to be confused with the men themselves: “dans la confusion absurde de l’homme et de l’œuvre, on demande l’interdiction de la rétrospective Roman Polanski à la Cinémathèque, (…) [et on juge] le film Blow Up de Michelangelo Antonioni « misogyne » et « inacceptable.”

In this context, it is interesting to note how the legitimacy of the writers of the letter has been sealed – in both the French and UK media and, I suspect, around the world too - by the signature of Catherine Deneuve as the icon of French sexual open-mindedness. A similar confusion between the femme and the oeuvre, which undergirds Anglo-French disseminations of the contents of the letter, namely with reference to Deneuve’s participation in Belle de Jour, is at the heart of the dissemination of the letter, and this does not seem to be upsetting anyone:

“The Oscar-nominated Deneuve, 74, is best known internationally for playing a bored housewife who spends her afternoons as a prostitute in Luis Buñuel’s classic 1967 film Belle de Jour.” (The Guardian)

By lending her symbolic capital to the French Letter’s purposes, Deneuve is not only providing the prestige that will guarantee great media coverage. She is also showing, perhaps inadvertently, that the question of who is a legitimate speaker, whether in film or in real life (or in both) is part and parcel of what engenders schemes of perception out there, in the world. Deneuve knows this as well as Buñuel, Antonioni or Polanski.

The #metoo movement is not about the shaming of men or the victimisation of women, but about their, both men and women’s, empowerment through the spoken word. Before #metoo, women (and some men) could speak and scream about harassment but most would not be taken seriously. With #metoo, they are being taken seriously as legitimate speakers. They are being heard. For most women out there, and I’m talking about women whose identity is partially defined not only by the geographical margins that they inhabit but also in relation to the dominant (Anglo-French) feminist discourses that circulate around the world, for those women, speaking out is not a way of enforcing female victimisation. In a culture that cherishes silence about sexual harassment, opening your mouth and speaking out is the ultimate act of empowerment.
Posted by Ana at Wednesday, January 10, 2018 No comments: