How to become a study leave super hero (of sorts) If you send me an email now you’ll find out that I’ve been officially on study leave since the 9th of January. Apart from formally applying for this a year ago by promising to accomplish this world and the next, writing a permanent out of the office response on my email was my main preparation for the six months ahead. Well, five now. Oh dear. When your business is a small language, there’s no way around it. You end up having to deal with post-term bits and bobs. December was dedicated to wrapping up a crazy teaching load, attending a conference and then going home for Christmas. January was swallowed up by family, a trip to South Africa, a research meeting in Portugal, and, well, marking. No wonder it went so fast.

Also, I never thought I would be writing this, but it hasn’t been easy to accept the idea that I’m not teaching. It sounds ridiculous, I know. But it has actually been quite hard to just let go. I have been spotted smiling sheepishly at my colleagues in the copy machine area. Several times. Please learn from me, future study leavers. Don't look back!

So, I’ve decided, for the sake of sanity, that the REAL start is going to be February 9th. January will be known from now on as my rather unproductive transition month. It’s allowed.

February is perfect, you see. I’m travelling to Birmingham on the 9th to take part in a conference, so I’ll be away from both my home office and my university office. I’ll be on my favourite public transport. I’ve written my best paragraphs on trains, cosily nestled near a power socket by the window, in the quiet coach. And before jumping on the train I’m going to buy a new notebook. Yes! 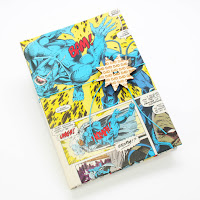 Speaking of traveling, many people relocate to another environment during their study leaves. Having closely considered this possibility, I have decided I’m not going to do it. You see, my writing likes routine and familiarity, so I’m mainly going to stay in my natural habitat, where I will set out not to do what I don’t like about my normal day.

The first thing I’m not going to do in the morning is to check my email. In fact, I’m going to add a note on my permanent out-of-office message to inform the world that from now on I’m checking it only on Fridays. There. Pow! I expect many good things to come out of this very simple resolution, such as doing only what I want to do, which boils down to writing as many hours as I can in the morning.

The second thing I’m not going to do is to postpone interesting readings. Say I come across a really interesting article whilst browsing about something completely different? Well, hello article! I vow to read a good academic article every other day. This serendipitous reading will happen in the afternoons, after I’ve been for a run and had a shower. Pow wow!

Now, where did I put my cape? 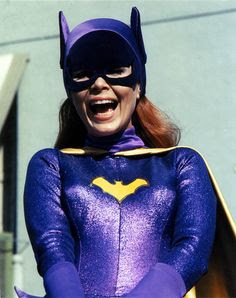